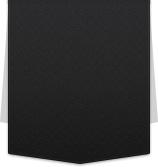 Oklahoma has tornadoes but no hurricanes; Belize has hurricanes, but no tornadoes. Storm shelters is what joins the two countries at the hips: we both must have them. In Belize, where I’m from, the government funds 80% of building costs for schools, which are predominantly parochial. In return the buildings double as public hurricane shelters: anywhere there’s a school there’s a storm shelter. It also means that schools must be built to code standard—cement block walls with re-bars every 32” for the height of the wall. Because of the risk of storm surge, coastal schools are two-storied.

It’s heartening to hear that Oklahoma builders will be including a storm shelter in future basic residential building plans. But kids in school very often don’t have the time to get to those shelters as we recently saw. We have also now learnt that many schools do not have storm-shelter accommodation. The way forward would seem to have a way to create the time needed to get children to a safe place. Early school closures and “ tornado days” come to mind. The inconveniences this can cause for parents and teachers will be worth the while in lives saved.

In the meantime we can begin to make Oklahoma tornado-ready by retrofitting our schools to code standard.